The old saying goes “you get what you pay for” and one Sonny’s BBQ restaurant owner learned this the hard way. Sonny’s BBQ franchisee Tricor Inc. had invested in a large Electronic Messaging Center (EMC) for their Concord, NC location. Tricor CEO Steve Tubel hoped to take advantage of the restaurant’s proximity to the busy I-85 interstate. The digital sign would display the restaurant’s logo, as well as rotating advertisements and images of delicious southern barbecue and sides in hopes of attracting hungry motorists.

Tricor decided to save money and partner with a company that promised a “rock bottom price,” but the decision backfired. The sign began malfunctioning less than 6 months after it was installed. Parts of the sign – or sometimes even the entire sign – would often go dark, and finding a contractor to repair the sign was tricky. In the end, cutting costs for the sign led to increased maintenance costs until the sign completely died five years later.

Team members from nearby Rite Lite Signs had driven by and noticed the malfunctioning sign and reached out to Tubel to fix the problem.  As a subcontractor of Watchfire Signs, a manufacturer of LED signs based out of Illinois, we knew that we were the winning combination to deliver the quality of the EMC sign that Sonny’s BBQ deserved.  The new sign had to be replaced with a product that wouldn’t fail easily, and came with reliable customer support in the event that it did.  Tricor had worked successfully with Rite Lite Signs in the past on neon sign projects and Tubel had been referred to Watchfire by another Sonny’s BBQ franchisee. It was definitely the right fit.

Our team met with Tubel and brought the Watchfire demo truck on-site. “They had already prepped the demo truck and pre-programmed Sonny’s images onto the display, which was pretty cool,” says Tubel.  It was also arranged for Tubel to visit the Watchfire manufacturing facility in Danville, Illinois to see how the signs are manufactured and quality-tested for durability and color accuracy.

The new LED sign arrived in Concord in early 2021, with the Rite Lite Signs installation team performing the installation quickly and seamlessly. The sign measures over 12 feet wide and over 6 feet in height, and is easier to program and maintain with the support of Rite Lite Signs and Watchfire. The sign gets an estimated 60.7 million exposures per year, which shows in the restaurant’s sharp increase in sales. Compared to March 2019, sales at the restaurant had increased by 27% in March 2021, and Tubel says he attributes this growth to the improved sign. 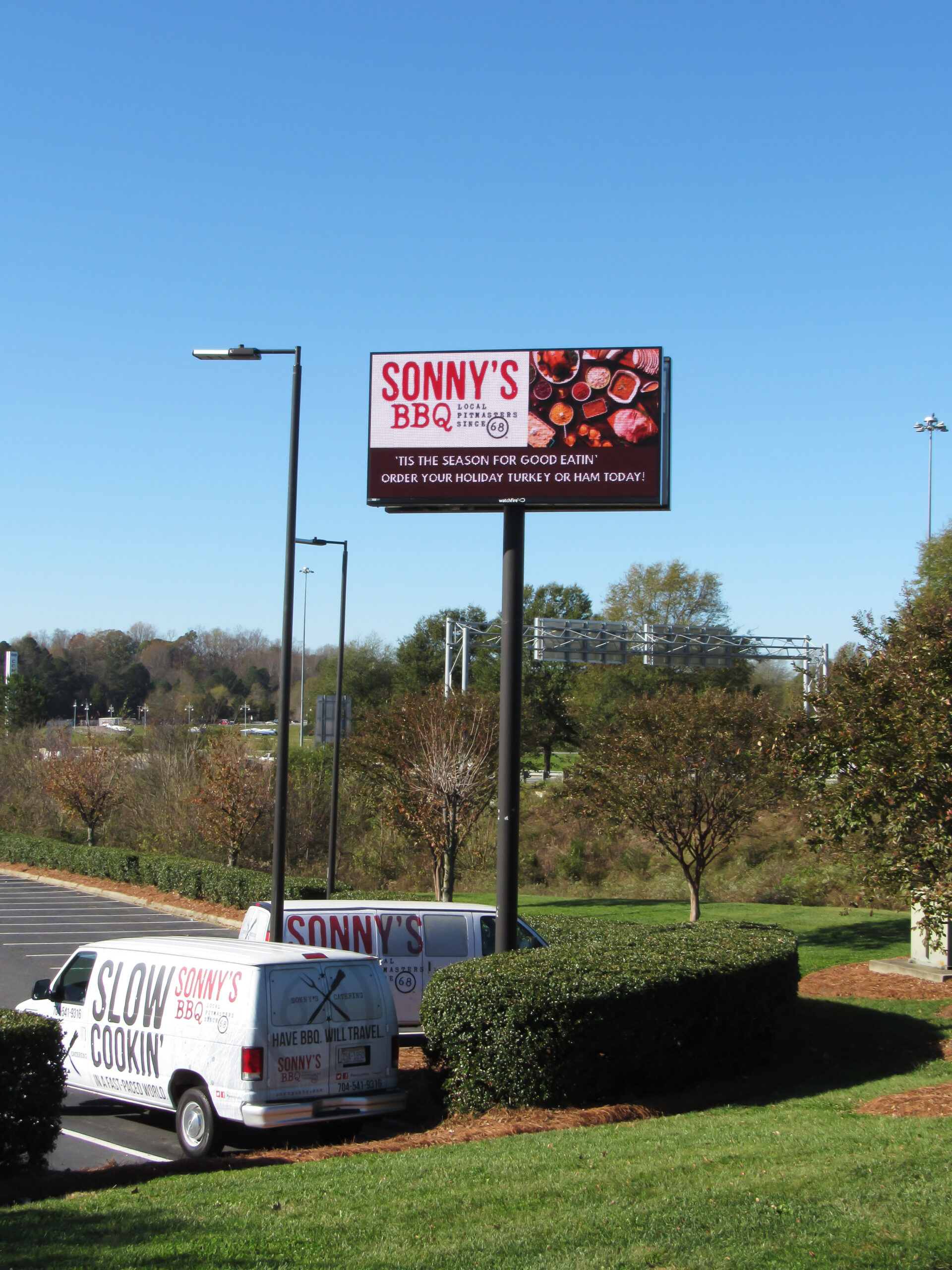